The Basement Tapes: Open Our Eyes


It's been awhile again since I've posted; in the meantime I've created another couple of videos of old songs as well as released another book.  More about the book in the next post; this one's about a song.

Another one of my old basement tapes, this is one of the very earliest recordings I still have of my songs.  It was done around 1981; all of the guitar work was performed by the admirable Mark Wilson, and all of the vocal work was done by the adequate me.  It sounded a lot better in my headphones in 1981 than it sounds to me now, but I hope you'll be able to hear what I was aiming for.

Theologically, I was still in a very works-oriented phase in my life, but, sad to say, the lyrics still kind of ring true.

There is about a half-second dropout in the tape a few seconds into the song; I don't know why, but the problem is on my end, not yours.

Posted by Robert W. Tompkins at 3:29 AM No comments:


If you take a look at the timeline of blog posts as it's reported here at Preaching to the Choir, you will notice that there is nothing there for the year 2016.  That doesn't mean that I didn't write anything that whole year; it's just that I was writing for a different audience.  As I'm doing my housekeeping here and getting everything back up to date, a failure to link to Disease and Faith would be completely remiss.

Disease and Faith is autobiographical in part, relating my battles with Crohn's Disease and Parkinson's Disease.  But the point of sharing my stories there was simply to establish my credibility to speak to the trials of others, and point them away from disease and toward faith.

You can purchase the paperback version at Amazon.com and elsewhere; there is also a digital version for Kindle and the like.  Or, better yet, drop me a line and I'll send you a paperback copy for free.

The Basement Tapes: Her Eyes Dance


This song is also one of my own favorites.  Though I did not know it at the time, it was written for my bride-to-be, Susan, who requested that it be played as she walked down the wedding aisle to me.  The first time my mom heard this song, she cried.  I don't know that you can ask much more than that out of a bit of music.

Posted by Robert W. Tompkins at 9:46 AM No comments:

The Basement Tapes: Prisoner of War


This song is both one of my greatest triumphs and one of my greatest embarrassments.  I never could have written it today; instead of commanding the devil to be bound, I am much more prone to think along with the Apostle Paul, "We do not know what we ought to pray for" (Romans 8:26b NIV).  Still, as a piece of music, it is one of my all-time favorites (from my own catalog, of course), and out of the few songs that have survived the ravages of the years, it is probably my very favorite one.

I am sorry to say that I don't remember the name of the recording engineer for this piece; he also played the guitar, which added a whole new element of depth to the music.  I worked hard on the drum machine for this one, and played the bass and the keyboards as well.  Backup singers were Ivan and Tina Wheeler, Mark and Jayme Wilson, and Christie Tompkins.  Thanks also to Dave Roff, who rescued and digitized my old cassette tape.

Listen on YouTube here: Prisoner of War, or else click on the arrow below if you don't want to leave this page.

Posted by Robert W. Tompkins at 9:26 AM No comments: 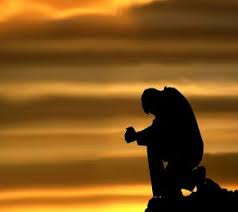 Two years have somehow passed by, seemingly in an instant, since I unveiled "When He Comes for You."  I recently decided to finish up this music video, which I had started and then abandoned sometime back.  It's not that I didn't want to finish it, it's just that I thought that no one would actually care whether I did it or not.

Enter Jean Strothman, who had listened to the first two songs I had posted to YouTube, and liked them well enough that she asked me to do more.  That was the only impetus that I needed, and I finished this one up in a couple of days.  Thank you, Jean.

I believe the guitarist on this song was the incomparable Todd Stratton, though my memory is hazy on the subject.  Dave Roff also contributed to the production of the song, and the rest was on me.

I remember sitting on a dike next to a river in Elkland, Pennsylvania, basking in the sunshine as I worked out the lyrics of the song.  I confess, to my shame, that I was actually more interested in the subject of the second verse than I was in the pursuit of holiness.

Posted by Robert W. Tompkins at 8:49 AM No comments: 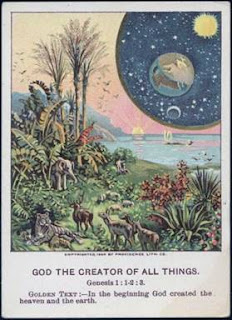 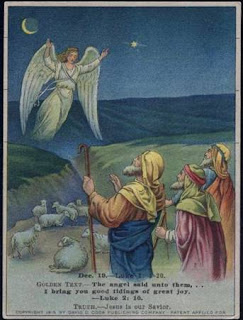 Anyone who knows me well is aware of my absolute obsession with baseball cards, especially  those featuring the New York Mets.  In order to redeem my collection (at least in my own imagination), I decided to make a special site for what I have called "Bible Cards," though they are actually more properly called "Sunday School Lesson Cards," I'd think.  But "Bible Cards" sounds more like "baseball cards," and that carried the day for me.

In or around 1889 the first of these collectible lesson cards began appearing, and various publishers continued to produce them for more than fifty years.  I gathered a few of them from each decade, and created a website to display them.  I don't necessarily agree with the theology presented on the backs of the cards, but I decided to put my biases on the shelf in this case, and just let the cards speak for themselves.  Every card in my collection is displayed, front and back, on the Bible Cards website.

Please visit the site and take a look around.  Even though it seems to be an awful lot of pictures of guys in sandals and robes, you may find something there to stir your faith.  At the very least, it's a glimpse into the world of our grandparents, great-grandparents, and ancestors further back in history.

The Basement Tapes: When He Comes for You


Time for another song from the Basement Tapes.

This one is called "When He Comes for You," and what it lacks in mature theology, it more than makes up for with a kind of heavy-handed evangelism.  It was written in the late '80s, when I was at the height of my earnest legalism, not yet comprehending the doctrines of grace.

Here's the "Inside Baseball" if you're curious:

I loved the melody of this song, and crafted the words to fit it, which is not the way I wrote most of my songs--usually the concepts of the music and the lyrics developed at the same time.  In this case I had been writing on a different theme and was dissatisfied with the way it was progressing, so I crafted another lyric to fit the preexistent melody.

I played all the instruments in the recording, including the electronic drum machine; in the '80s, that was the best we could do without a live drummer, even though the cymbals are a little overbearing.  Backing vocalists were Mark and Jamye Wilson, Ivan and Tina Wheeler, and Christie Tompkins.

Regarding the video, I knew that if I tried to find images appropriate for this song, it would probably never get finished, so it's presented here only with some changing colors and lyrics.

Posted by Robert W. Tompkins at 4:26 AM No comments: